Skip to content
HomeLesson 10 – The Imperative and the Optative 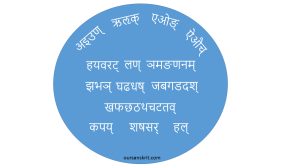 Let us start with an exercise:

In this lesson, Lesson 10, we will look at the Imperative and Optative conjugations of thematic verbs. 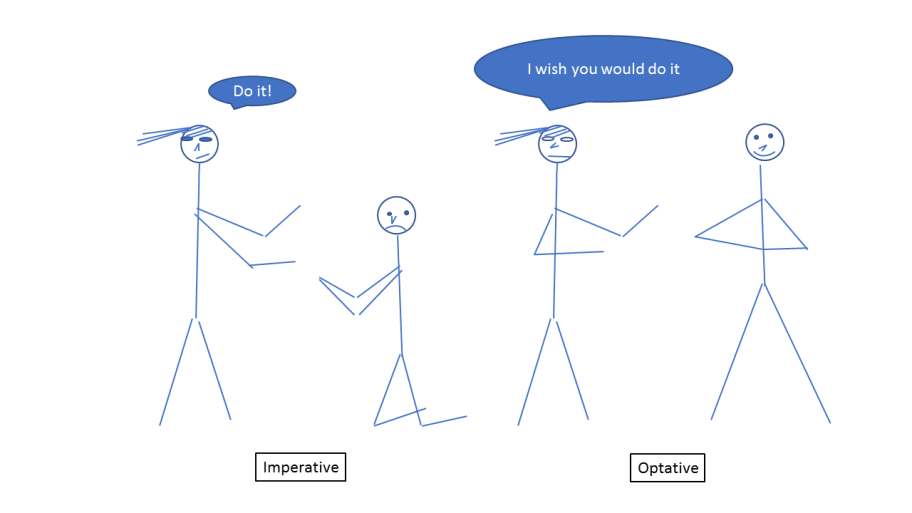 The Optative mode (also called the Potential) or mood is called लिङ् (liṅ ) by Sanskrit grammarians. Though, the primary use is for expressing a wish, it is used in various other contexts like: light order (less forceful than imperative), invitation, giving permission etc. It is also used in subordinate clauses.

[The real “wish” aspect of the optative comes out in the first person. In other uses, in many a case, the optative can be used interchangeably with the imperative.]

So the optative conjugation of thematic verbs is formed thus:

Similarly you can form the other persons and numbers.

The optative endings for active voice are: 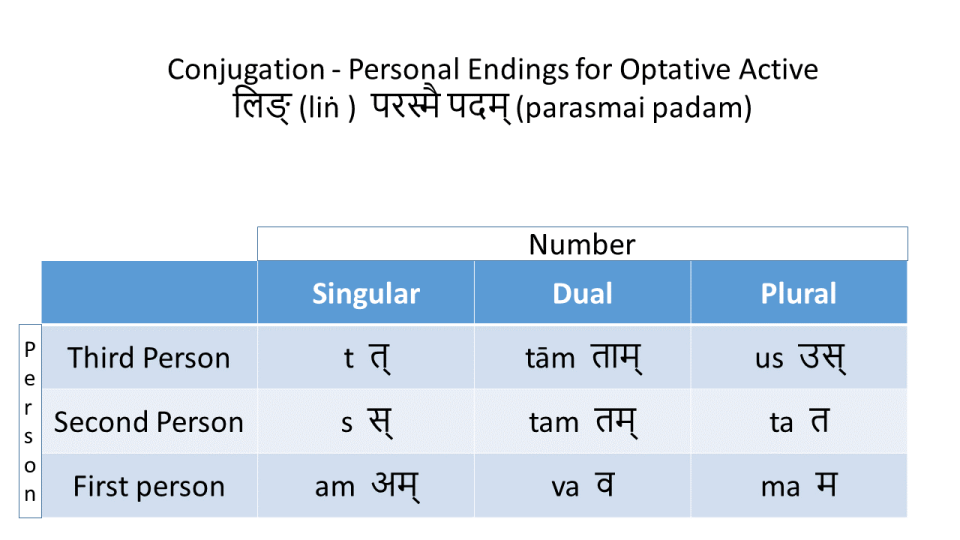 The endings for the middle voice are: 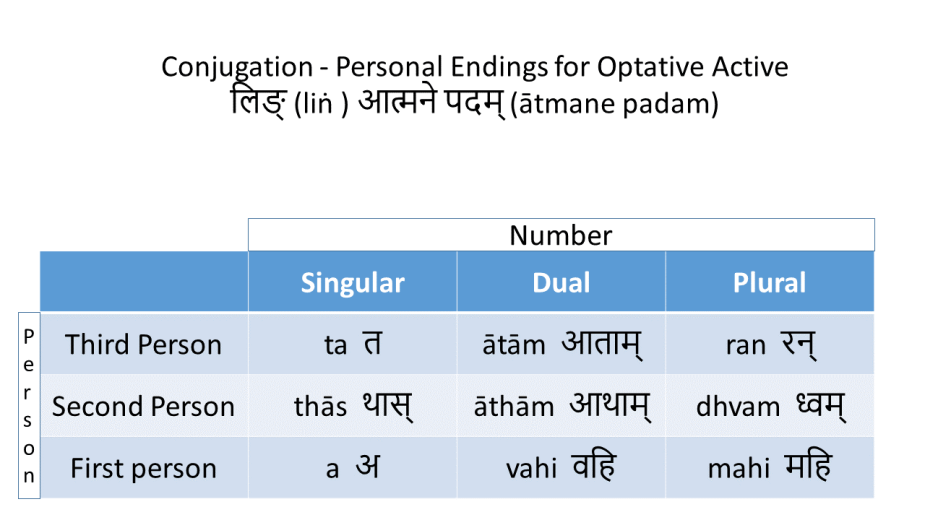 Combined with the thematic “a” and the mode sign “ī”, and catering for internal sandhis the endings are:

Am example conjugation is: 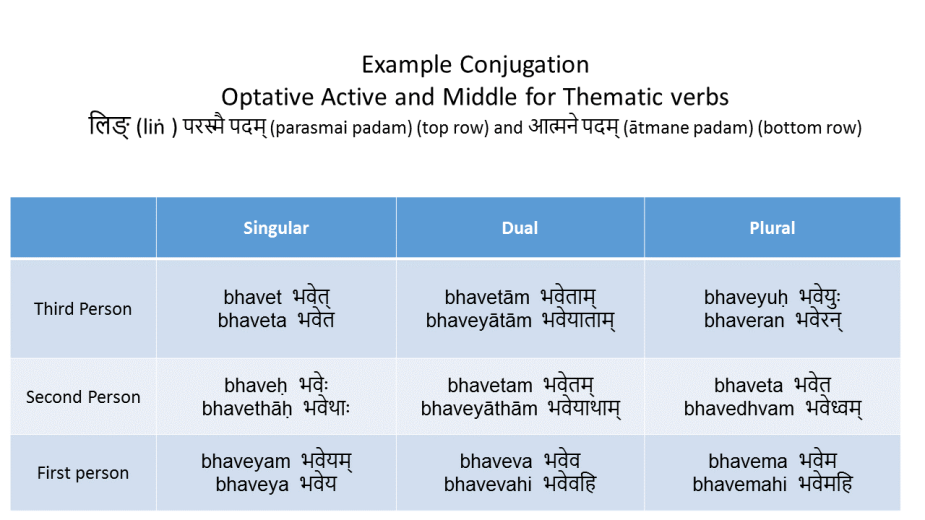 Some examples of the usage of the optative:

The Imperative mode or mood is called loṭ  लोट् by Sanskrit grammarians. The primary use of the imperative is a command or injunction. It is also used in many other senses like entreaty, gentle advice, benediction etc.

[The real “command” aspect of the imperative comes out in the second person. In other uses, in many a case, the optative can be used interchangeably with the imperative.]

So the imperative conjugation of thematic verbs is formed thus:

Similarly, you can form the other persons and numbers.

The imperative active endings are 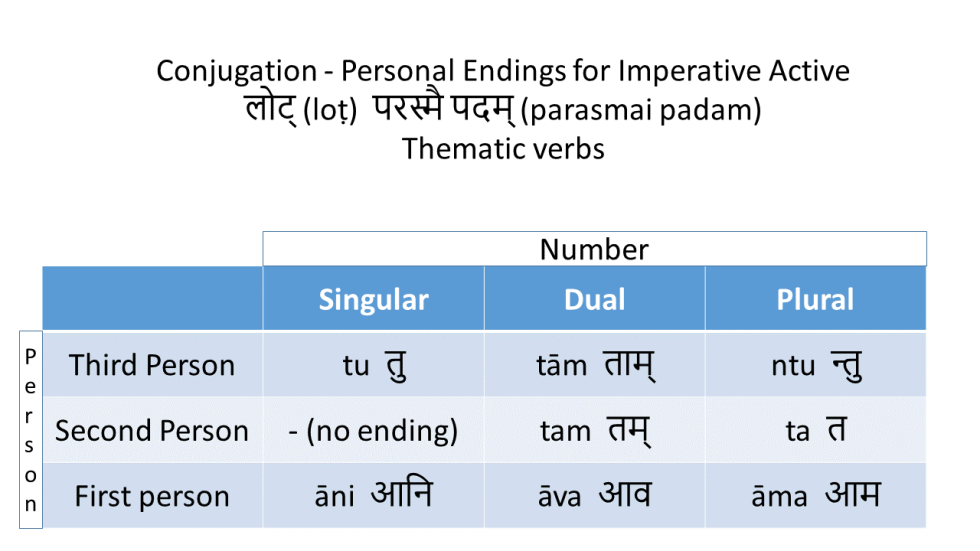 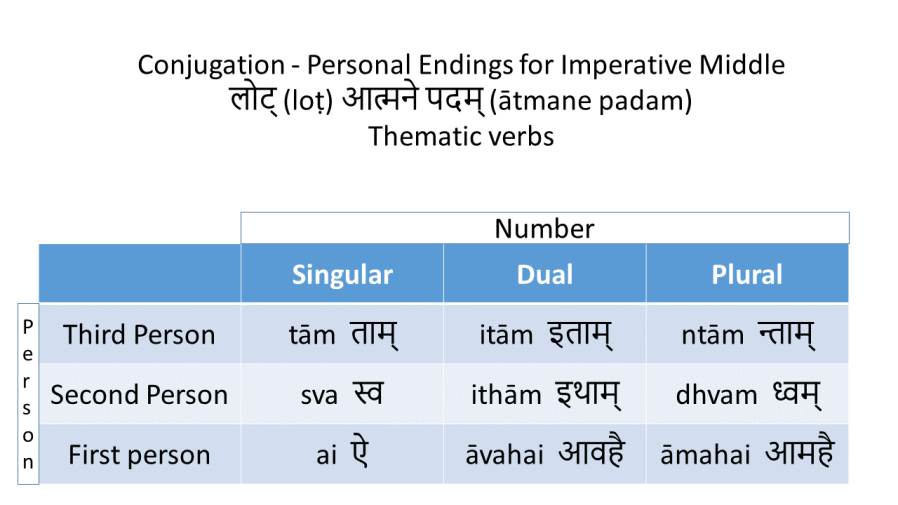 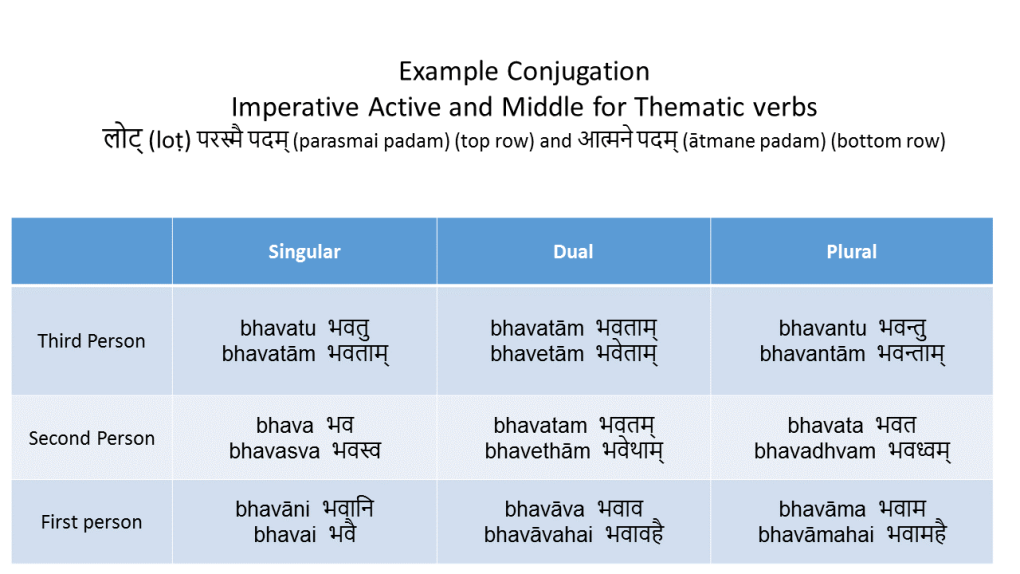 Some examples of the use of the imperative:

We will look at the Optative and Imperative of athematic verbs in later lessons.

Please study the first few verses of the नळोपाख्यानम् naḷopākhyānam   – The story of Nala – that I have analysed on a first level and uploaded here. This will help you understand how to analyse Sanskrit verses.

7 thoughts on “Lesson 10 – The Imperative and the Optative”

This site uses Akismet to reduce spam. Learn how your comment data is processed.